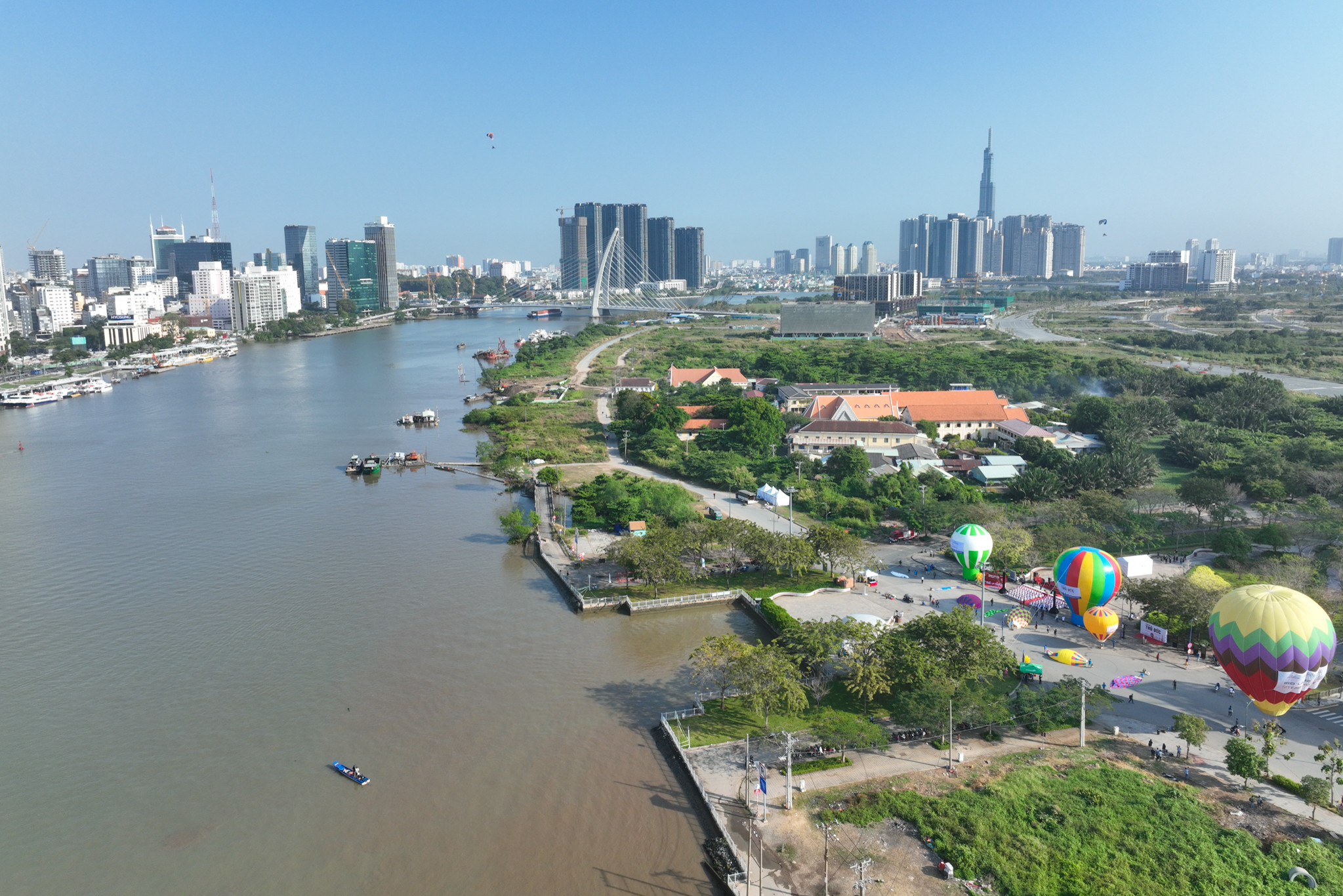 On January 22-23, the Festival of hot air balloons, yachts, and water sports activities attracted hundreds of people and tourists to participate in the Saigon River Tunnel Roof Park. This is an event to celebrate the first anniversary of Thu Duc City. 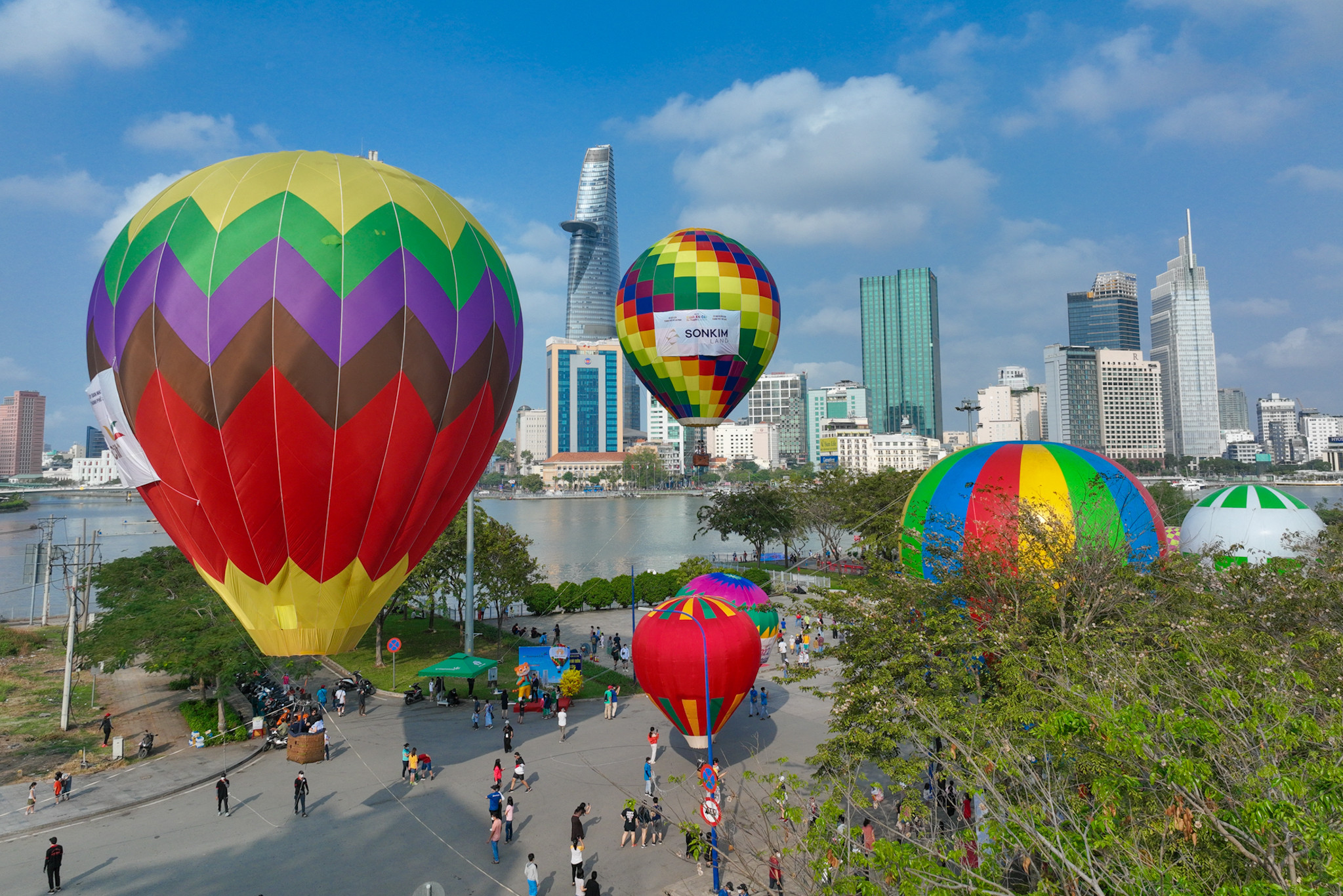 The event features 16 colorful hot air balloons that are simultaneously released into the sky in the time frames of 6 am-9 am and 3.30 pm-5.30 pm. In which 2 large aircraft fly at high altitude, 12 medium aircraft at low altitude, and 2 inflatable hot air balloons at both ends of the event stage as symbols. 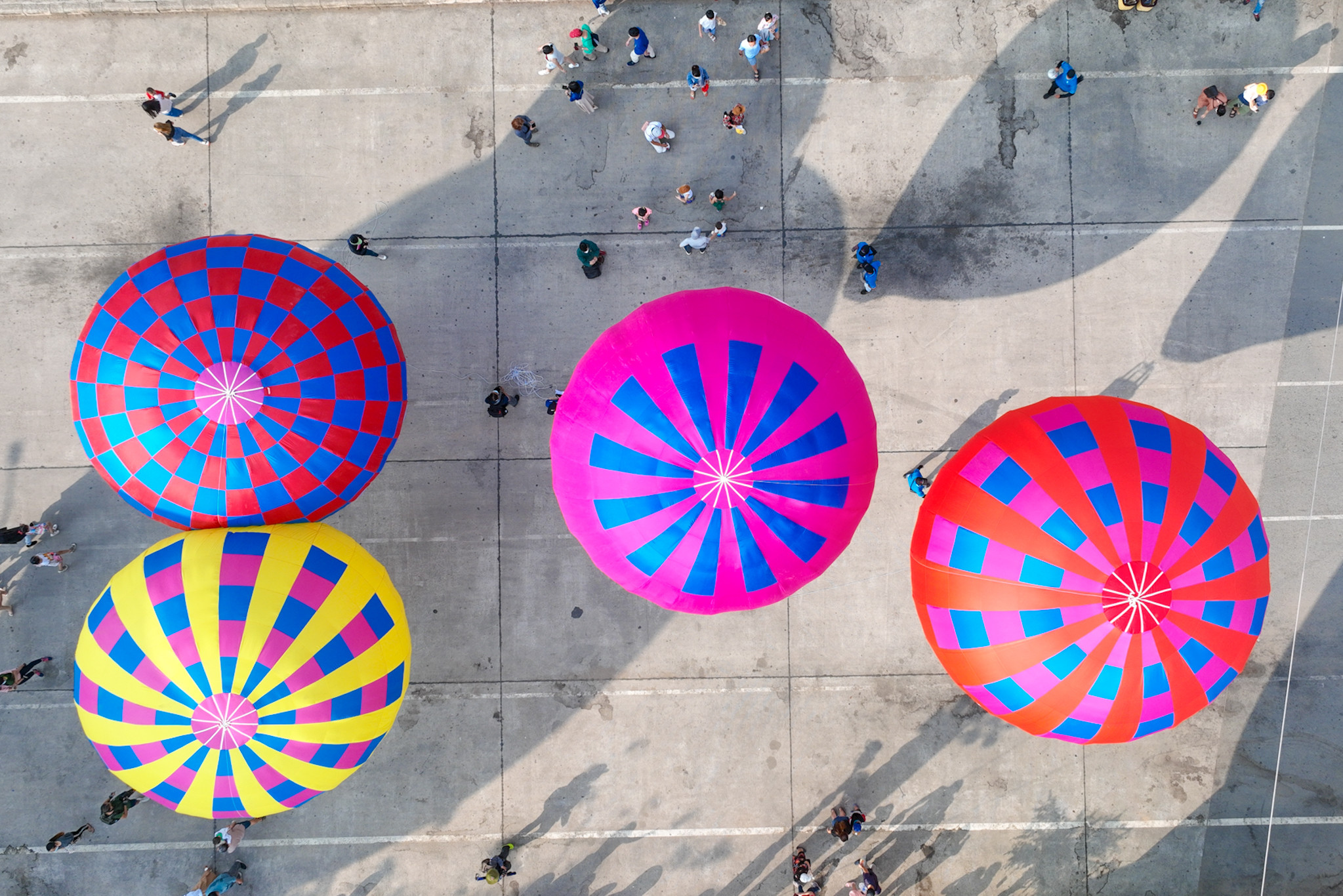 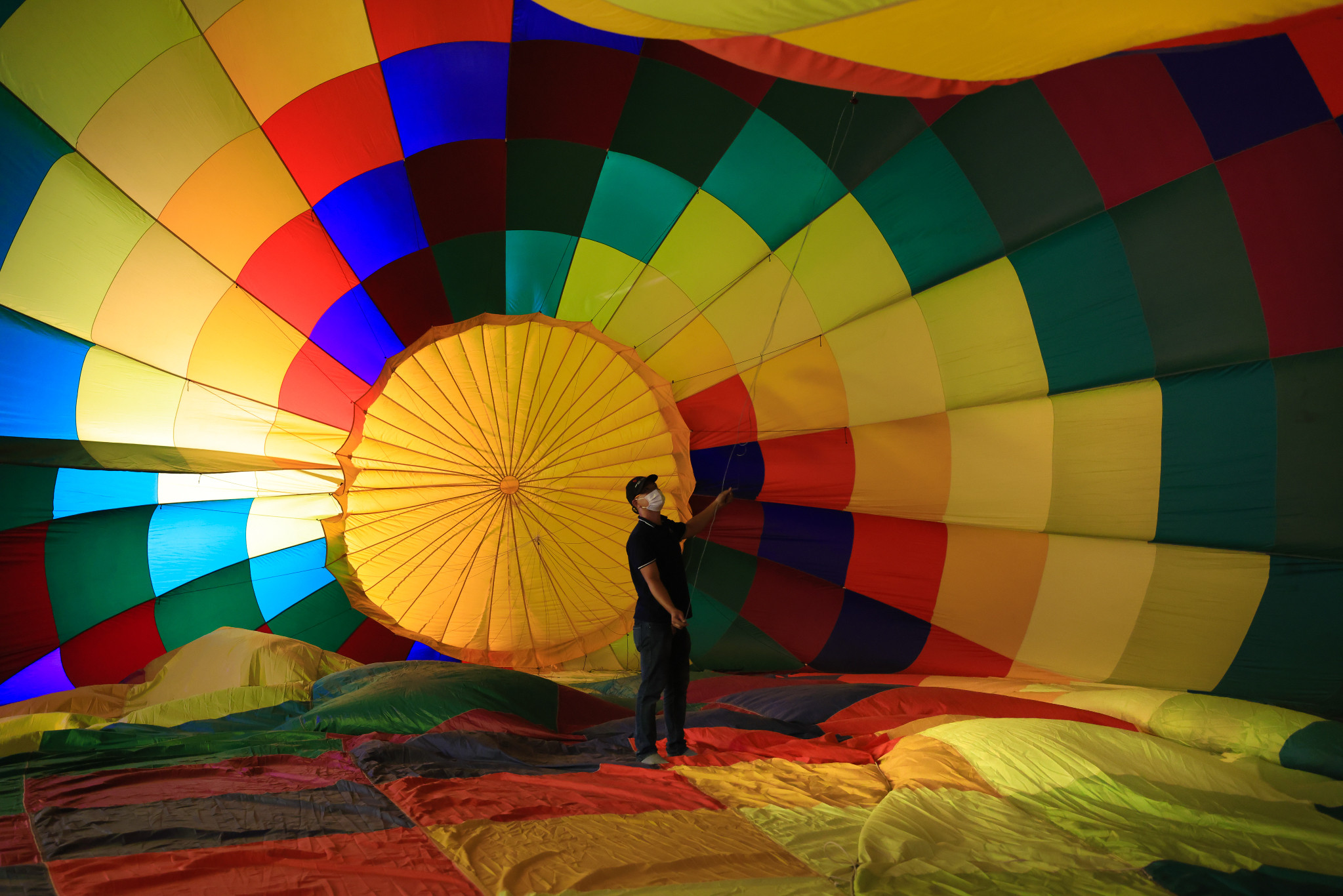 The two largest hot air balloons have a length of 22 m, using 2 gas cylinders with 2 nozzles, a basket that can carry the operator and guests. 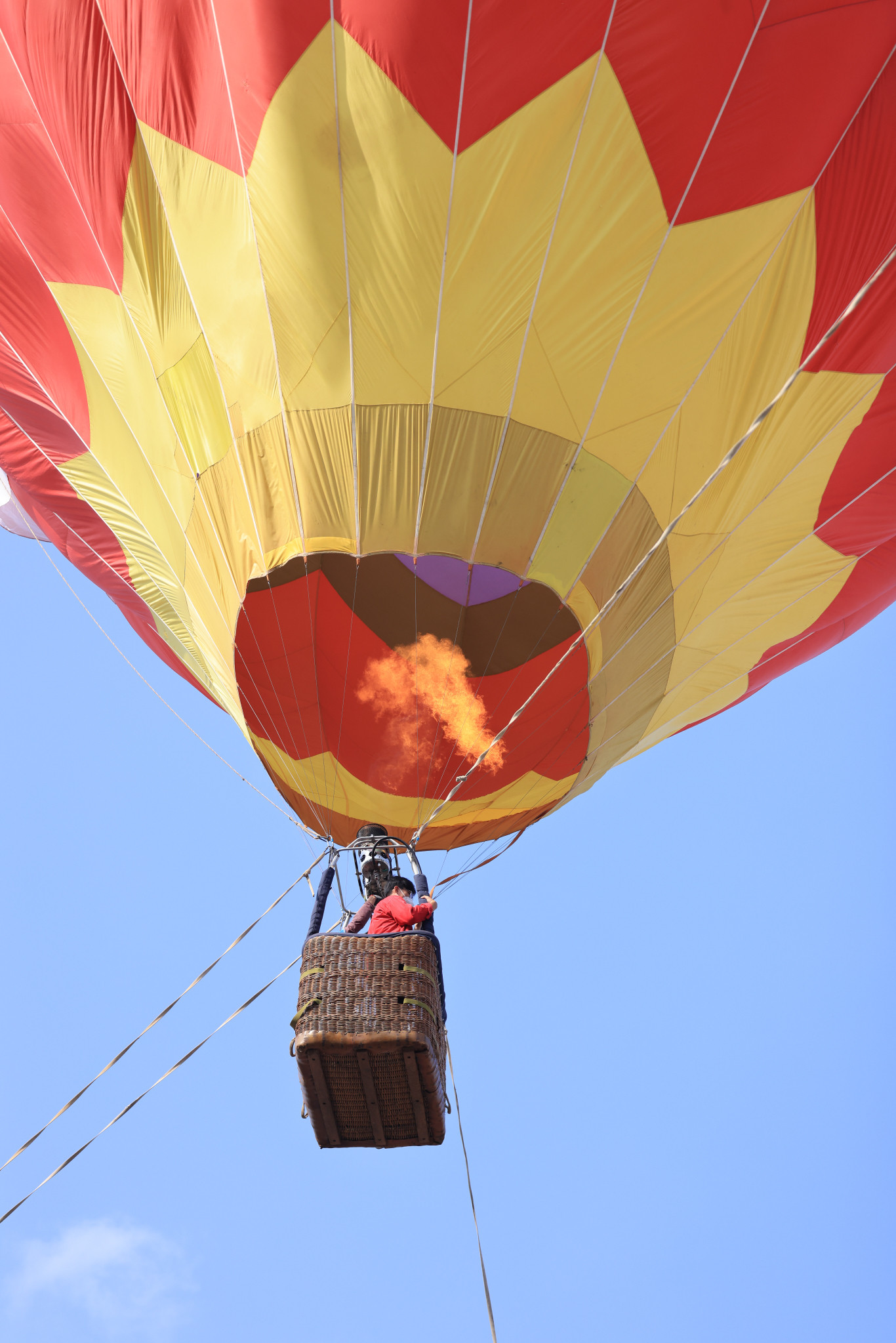 Not only watching from below, but visitors can also get on the basket of high-altitude hot air balloons to see the city and Saigon River from above. 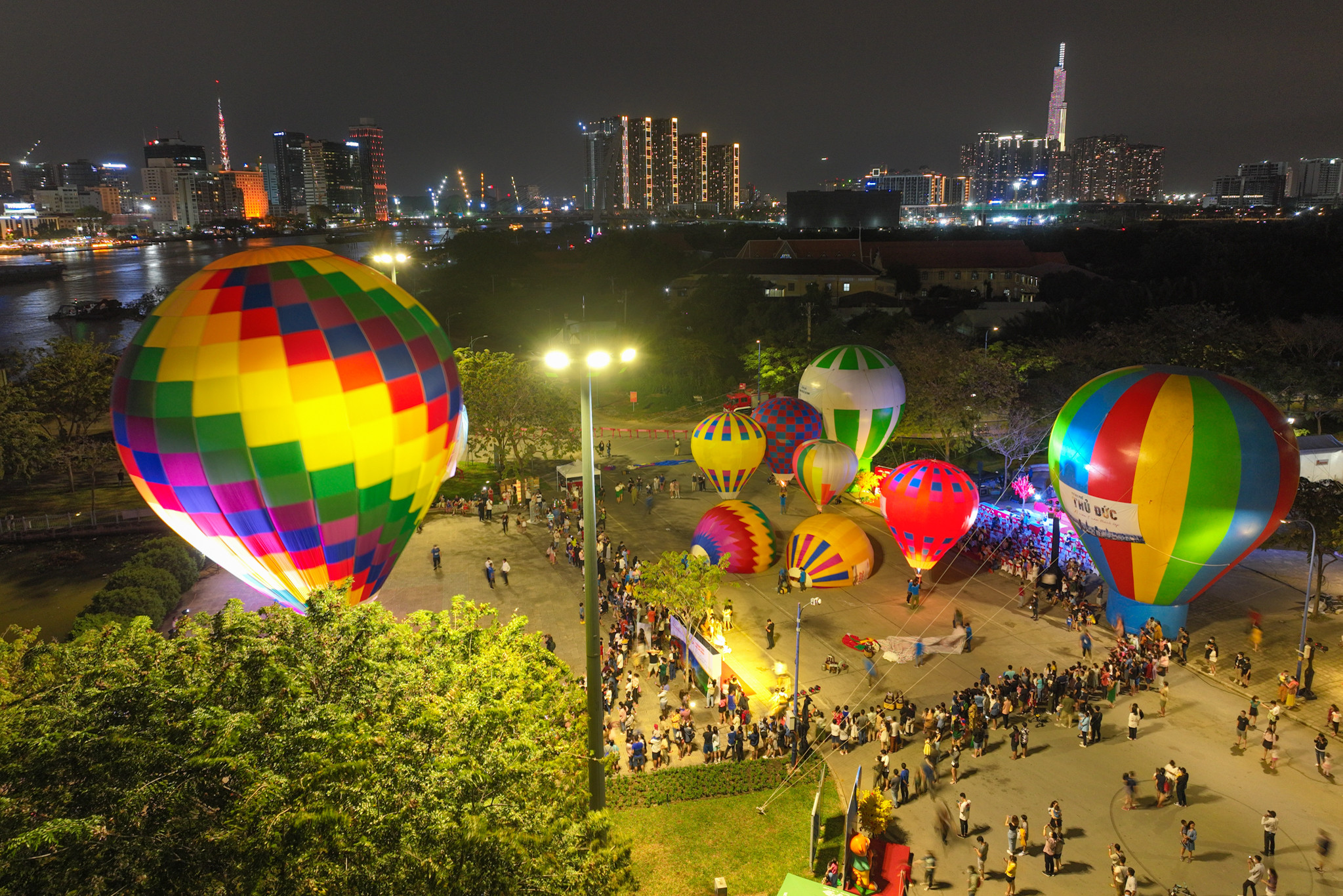 The atmosphere at night at the festival venue has not "cooled down", the scene is more brilliant and sparkling. 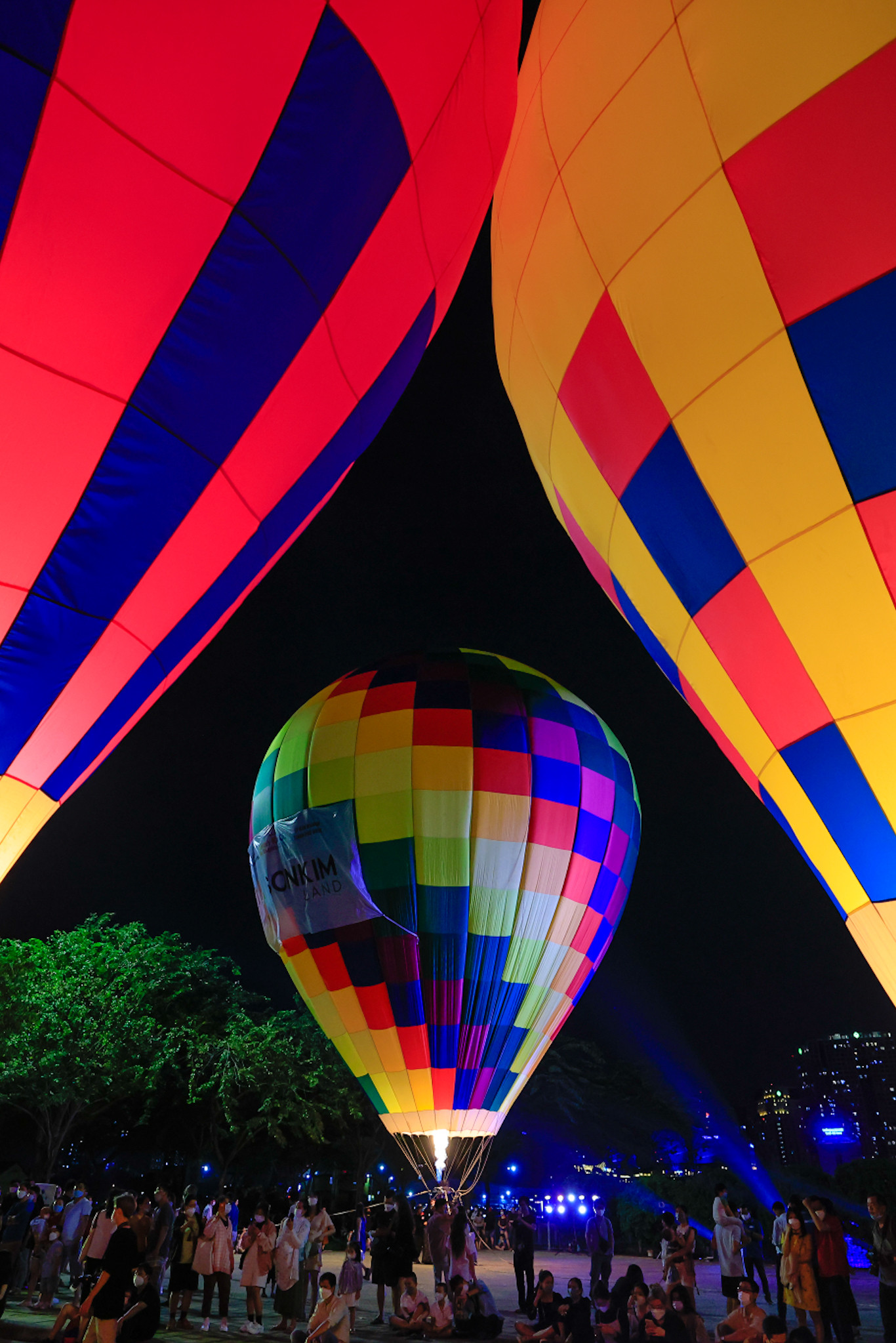 Many residents and tourists in the two cities gathered to watch hot air balloons fly at night. 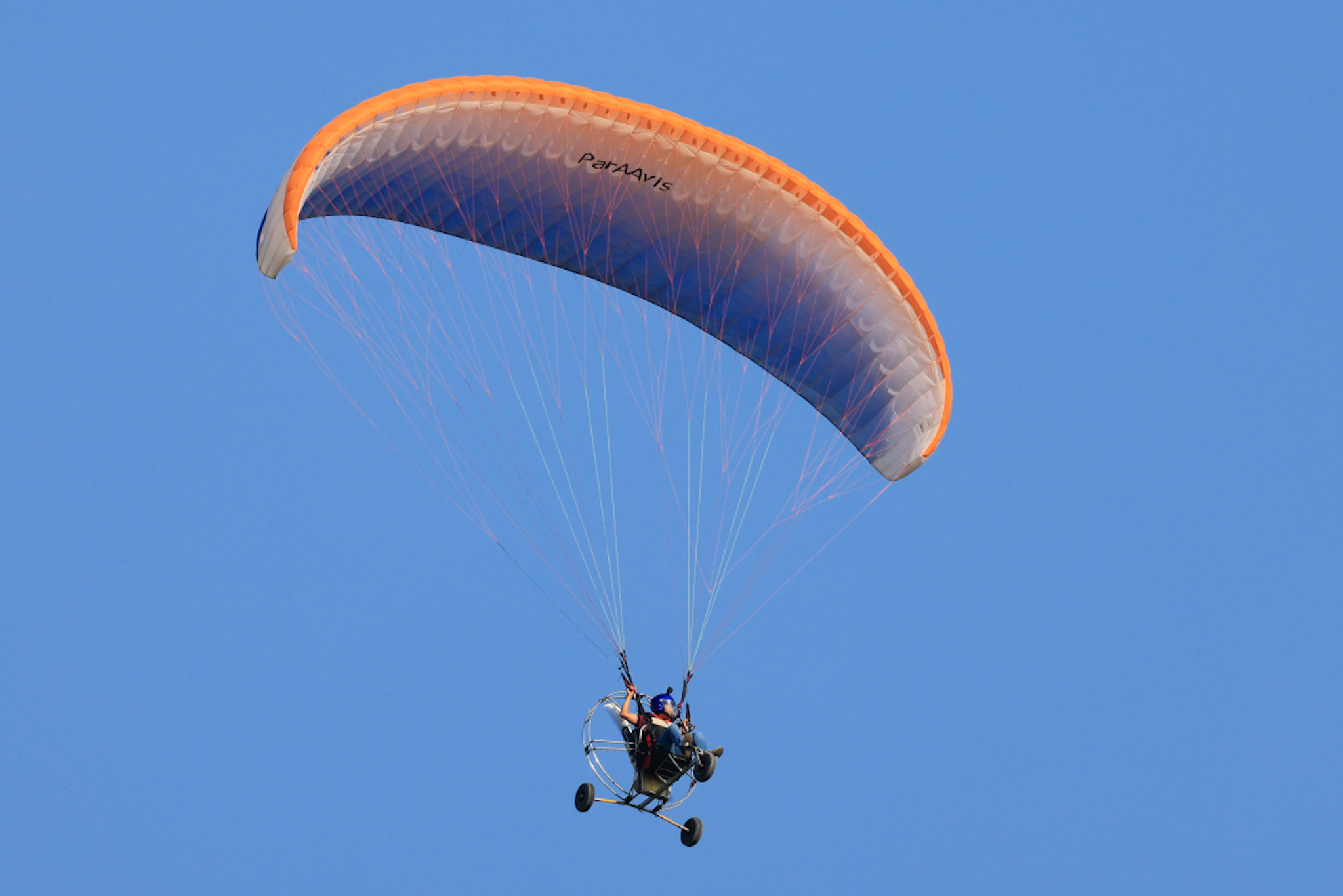 In two days, the Saigon River Tunnel Park has paragliding performances, yacht parades, and many other water sports activities. 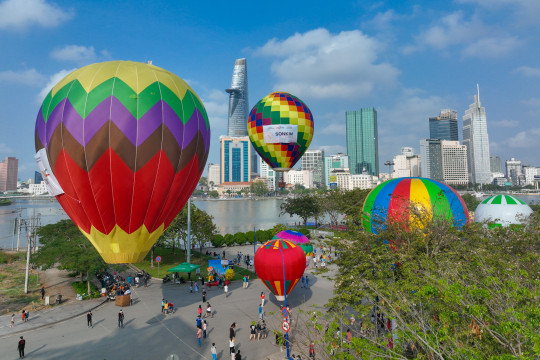