Da Lat is located on Lam Vien plateau in Lam Dong province, the city 1,500 meters above sea level always brings a cool climate all year round. Also by the natural conditions, natural resources and rich humanity, this place attracts millions of tourists in Da Lat every year to visit and relax. If you intend to come Dalat to visit, please note some things need to know about Da Lat for the first traveling as follows:

Due to being located at an altitude of 1,500 meters and surrounded by mountains and forest flora, especially the pine forest, Da Lat city has a mild mountainous climate year-round. The rainy season in Da Lat usually starts in late April, early May and ends around the end of October and early November. In the dry season, Dalat is influenced by the air masses of the East Sea, bringing sunny warm, little cloudy, no rain, low temperature at night. During the rainy season, the air carries a lot of moisture, heavy rains and lasts many days. However, due to the influence of tropical Pacific air mass, there are dry days periods of weather in the rainy season. 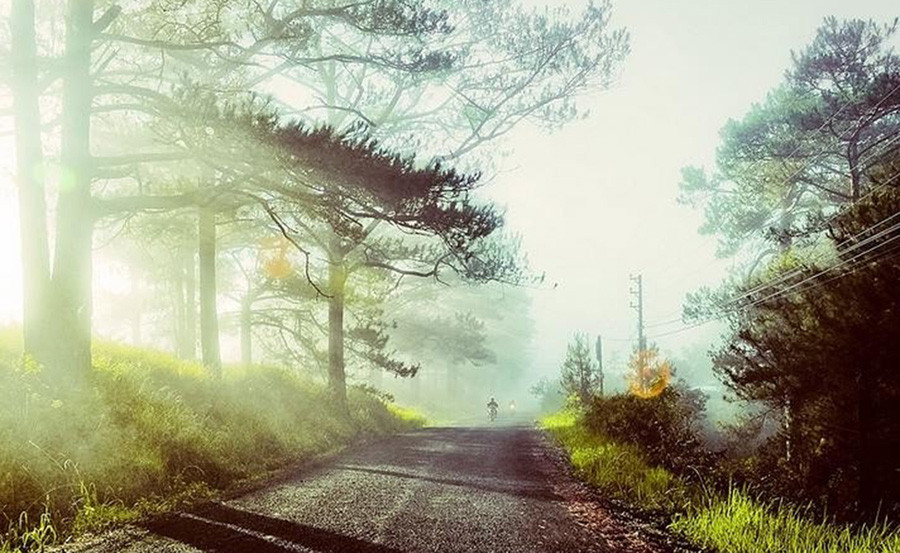 You can travel to Dalat by plane or bus.

For aircraft, there is a direct flight from Hanoi, Da Nang or Ho Chi Minh City to Lien Khuong Airport - Da Lat. From the airport can be moved into the city center by inter-bus or taxi.

For bus, if you move from Ho Chi Minh City, it takes about 8 hours to go to Da Lat. You can choose cars like Phuong Trang, Thanh Buoi …

When coming to Dalat, besides choosing a taxi as a means of transportation, renting a motorbike is not a bad solution. You can enjoy going to the places you want, but the price is very economical.

Ho Xuan Huong: a symbol of Da Lat is located in the city center with a crescent-shaped. In the early morning and evening, visitors are always busy walking around the lake. Ho Xuan Huong has many services for renting bicycles, enjoying coffee right by the lake. If you like this location, you can choose a hotel near Xuan Huong Lake for convenience of sightseeing. 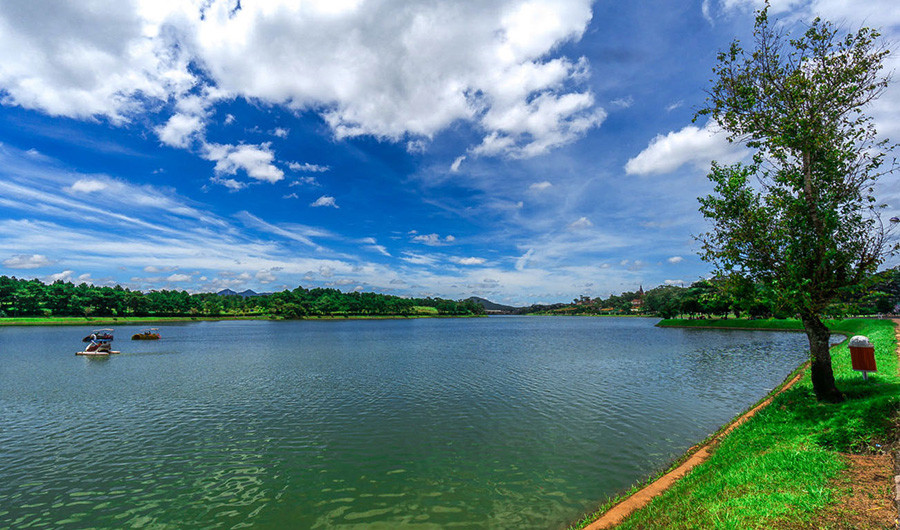 It is a big waterfall located in Datanla tourist area - 10 km from Dalat city. Waterfall falls from rapids 20 meters high, impressed with the clear water of Tien stream and the deep part of the Death zone. Datanla Falls is an ideal place to visit and combine adventure. 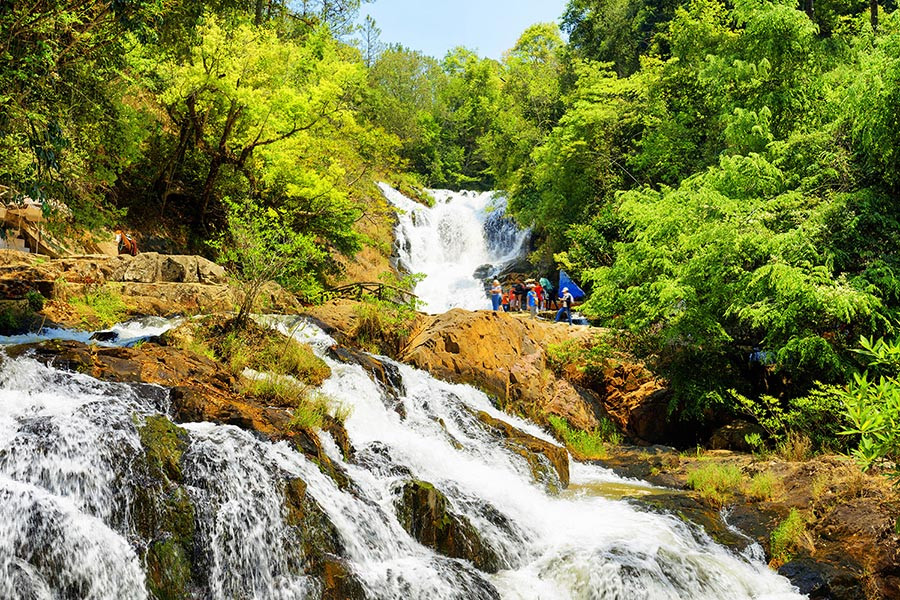 Stayed in Lac Duong province, 12 km from Da Lat, Lang Biang peak is located at an altitude of 2,167 m above sea level and is one of the highest peaks in Da Lat. Lang Biang is considered a special tourist area with type of picnic, nature exploration, cultural exploration. 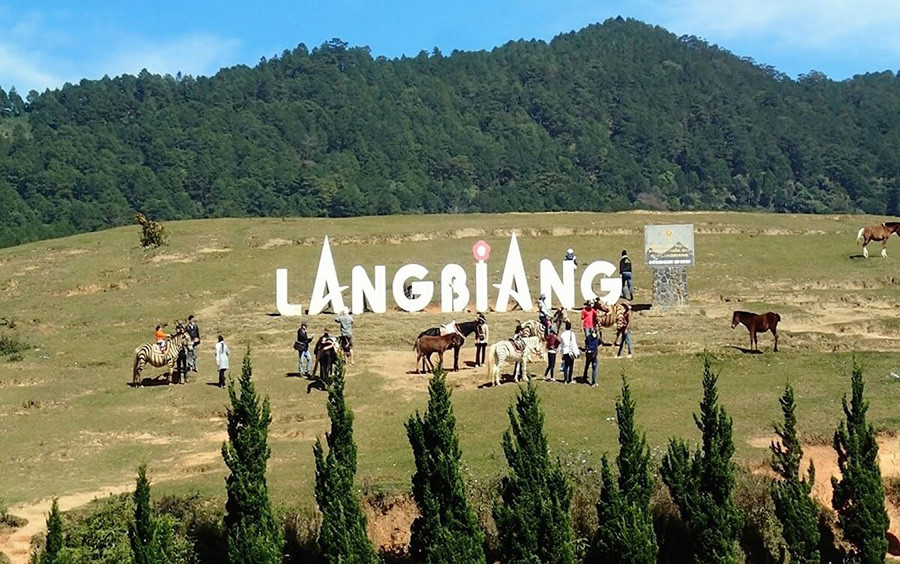 The monastery is on a high hill with extremely distinctive topographic. Surrounded by beautiful green pine forests giving this place a cool, pleasant atmosphere. When visiting here, visitors can see the whole scene of Tuyen Lam lake- One of the most beautiful lakes in Dalat. 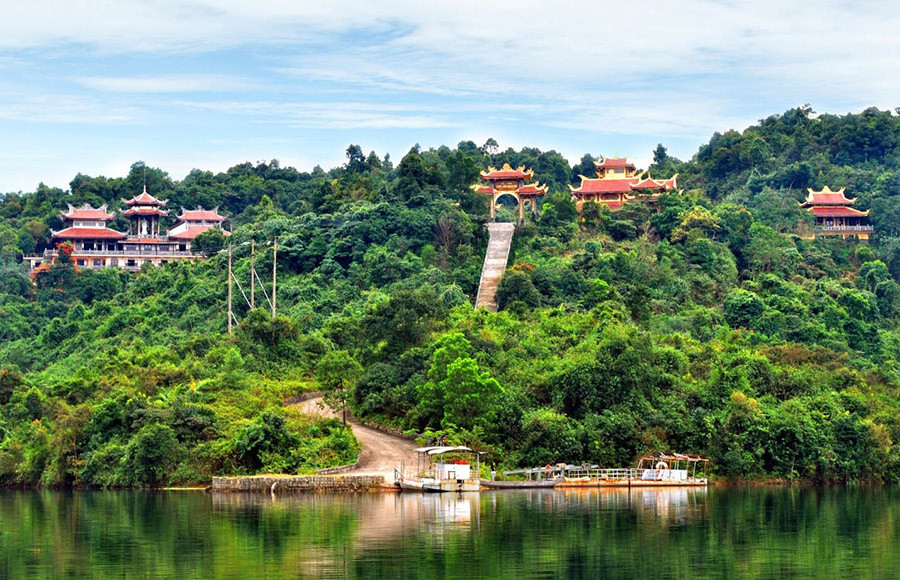 On the top of the bell tower, there is a large chicken image. This is the largest church in Da Lat, one of the most typical and ancient architectural works of this city left by the French.The Church of the Chicken is designed according to the "model" of the Roman Catholic churches in Europe, representing the Roman of architecture. 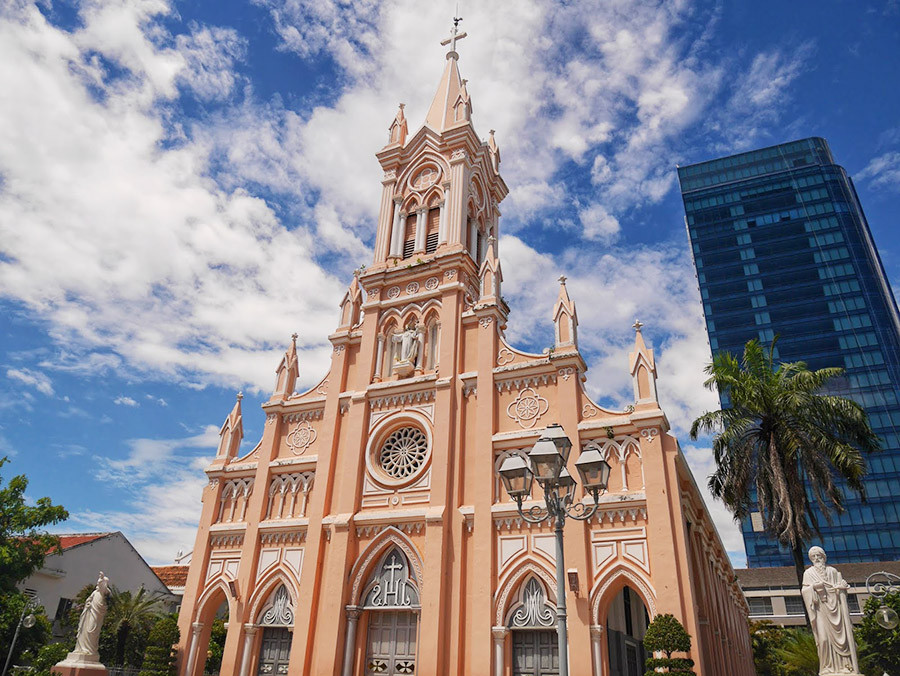 Dalat Railway Station is ranked as one of the oldest and most beautiful architecture stations in Indochina, with the interior space shimmering with cells of colorful glass at the base of the roof. A unique and lovely architecture, a place that anyone visiting Dalat should visit, which will make you admire and nod to the talented French architects. 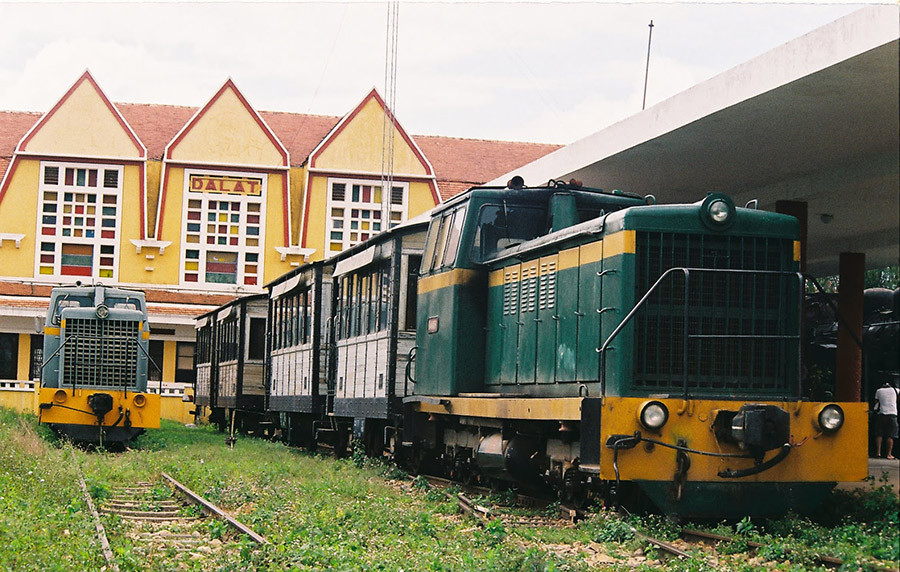 Bao Dai Palace, also known as Palace III, is considered a beautiful and elegant mansion located on a hill of 1539m high, is an architectural work of historical value. Bao Dai Palace is associated with the architectural landscape of the park, Thuong Uyen garden, Ai An forest and a small lake intertwined in a very logical and romantic way. Palace III is also a massive building with high architectural value. 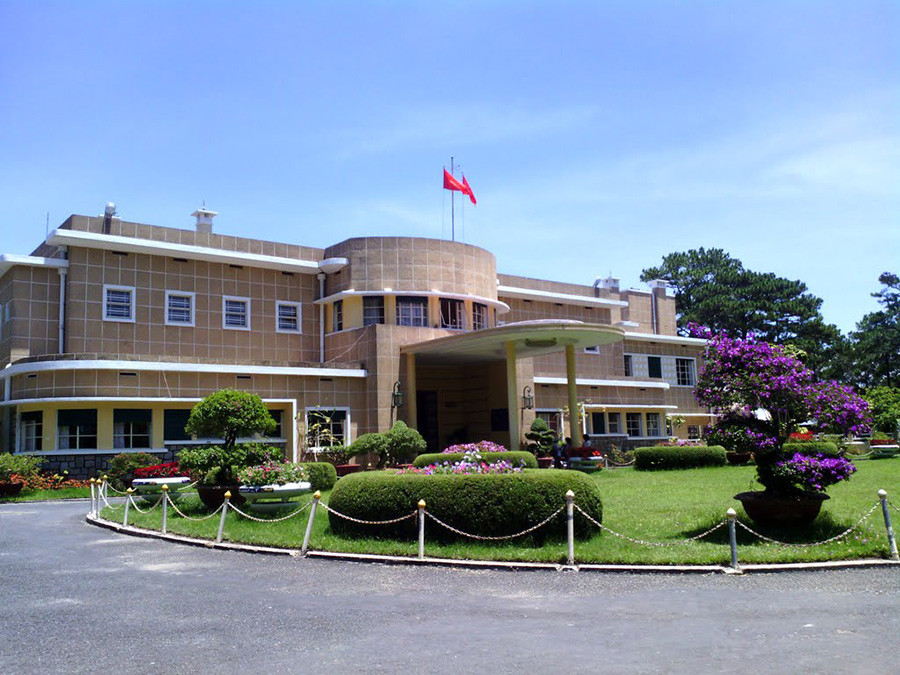 Being a peaceful city, Dalat market also does not bring the feeling of crowded, bustling often found in other markets. This place feels something slow, peaceful ... The name of Am Phu Market is enough to make you curious, isn't it? This is the destination not to be missed in Dalat tourism. It's like a woolen paradise and sells cheap goods, along with specialties such as mulberry juice, artichoke tea, dried jams and beans. 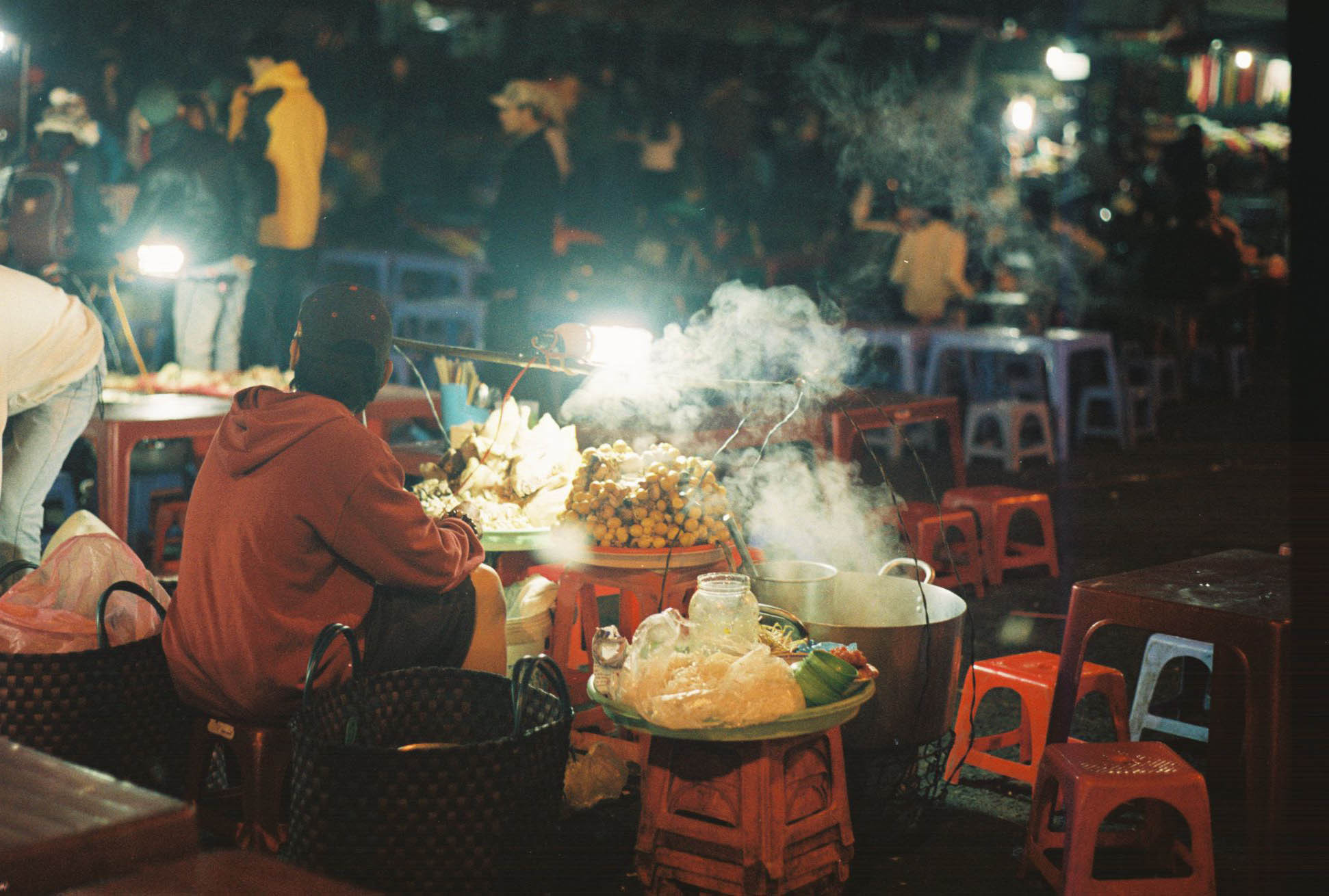 The temple is also known as Ve Chai Pagoda because the temple yard has a 49-meter dragon made of 12,000 beer bottles. Linh Phuoc Pagoda is a unique architectural mosaic of Da Lat city. In addition to the walls, the temple roof is covered with bowls and plates. In the worship of the statue of Avalokitesvara Bodhisattva, there is the largest Buddha statue in the house in Vietnam. And another statue is made up of thousands of immortal flowers, the record of Asia.

The temple also holds a lot of extremely valuable objects which are established in Vietnam records, most of them are wooden products. Finally the temple has dozens of wax statues cast in proportion to the monks' rise and a basement built.Let come here to admire one of the most unique temples in Vietnam and discover the mysterious beauty here. 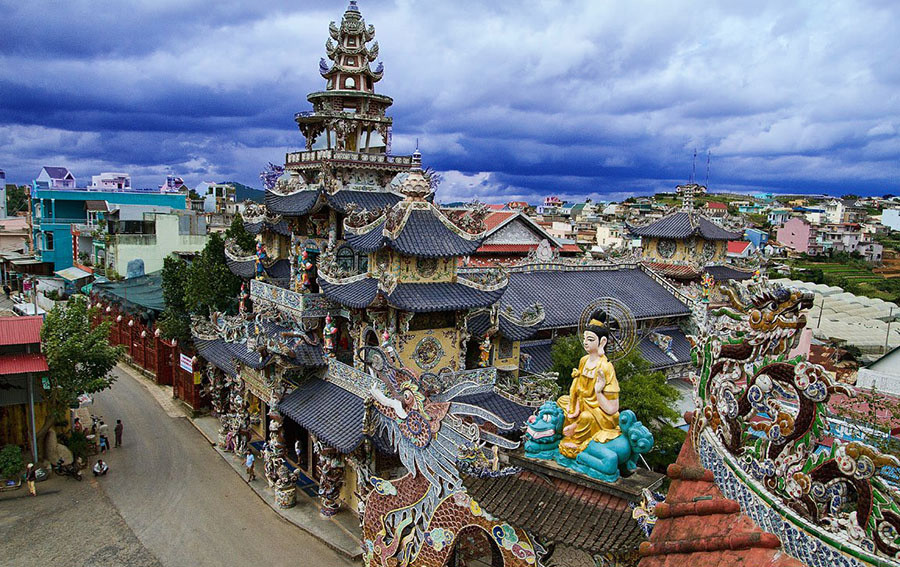 This is a famous waterfall beautiful and majestic in the South Central Highlands, each was rated by the French as the "most majestic waterfall in Indochina". The reason people call Pongour is a seven-storey waterfall because it flows through a 7-storey stone stair system, about 40m high. The road to the pongour waterfall is a quite peaceful and poetic scenery if you go in October and you will see the image of Diep flower creating a curved path leading to the waterfall with a stunningly yellow that the nature is also saved. 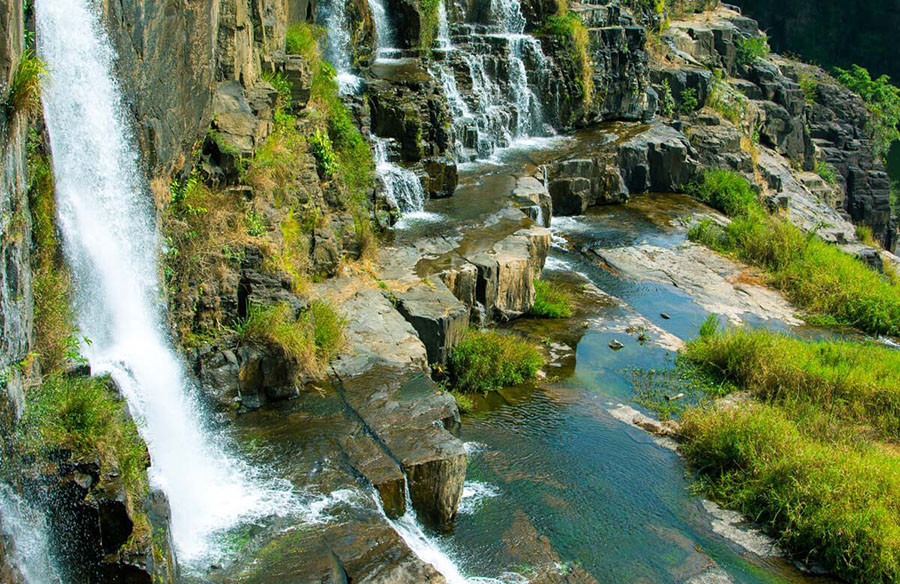 Dalat is a city of dreamlike beauty, poetic, creating a peaceful and pleasant feeling for visitors every time to visit. In addition to the places mentioned above, this beautiful city also has many other interesting destinations for natural beauty, unique cafes, cultural, historical buildings or simply the immense romantic pine hills. Da Lat people are likeable, gentle, friendly, and humble, just like the simple rhythm of life here. 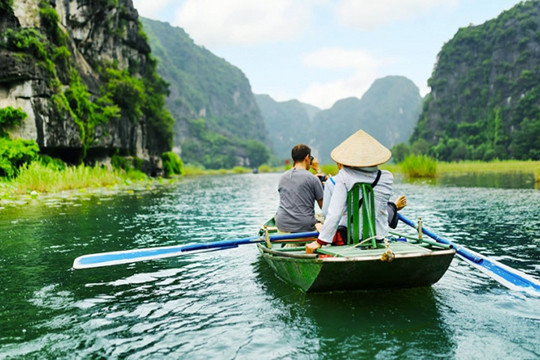 Along with Ha Long or Hanoi capital, Ninh Binh is also one of the dreamlike destinations that you should not… 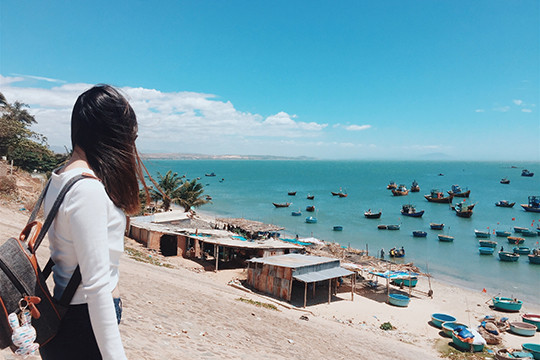 The necessary experience when visitors stay in Phan Thiet

To have a wonderful trip to Phan Thiet beach paradise, you will not miss Phan Thiet travel tips. What is… 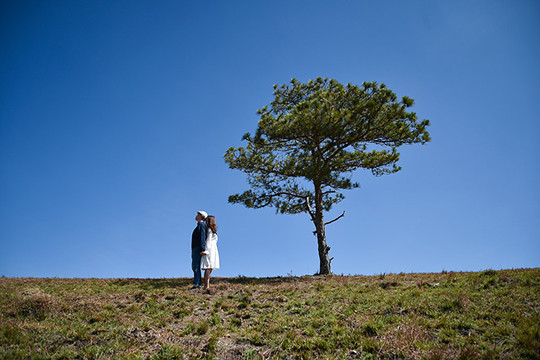 Dalat has long been known as one of the famous tourist cities of Vietnam, a city of thousands of flowers,… 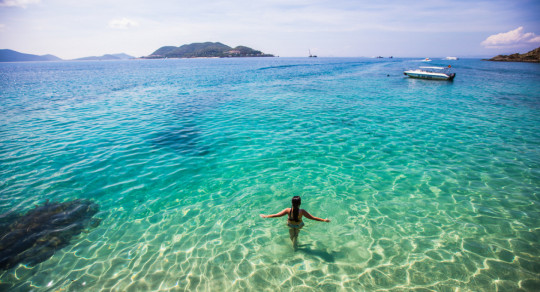 Nha Trang city is the one lustrous gem of Vietnam with its palm-lined beaches, crystal-clear water and soft white sand.… 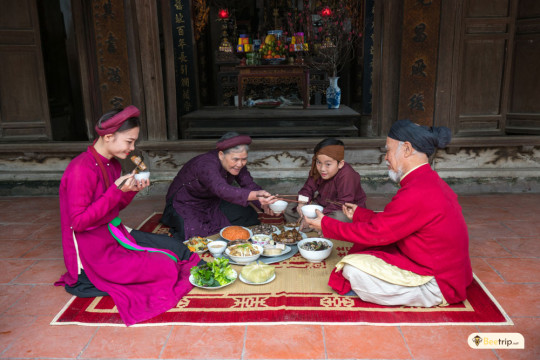