Coming to Vietnam without trying Banh Mi – Vietnamese baguette, your Vietnam trip would be incomplete. Do you want to know why we said so? Then let us briefly introduce to you one of the world’s best sandwiches.

Banh Mi, which is also known as Vietnamese baguette or sandwich, is split lengthwise and filled with plenty of savory Vietnamese ingredients. They are meats and vegetables, including Cha Lua (Vietnamese pork sausage), French jambon/pork ham, coriander/cilantro,pickled carrots and daikon, French paté, jalapeño, butter and mayonnaise. 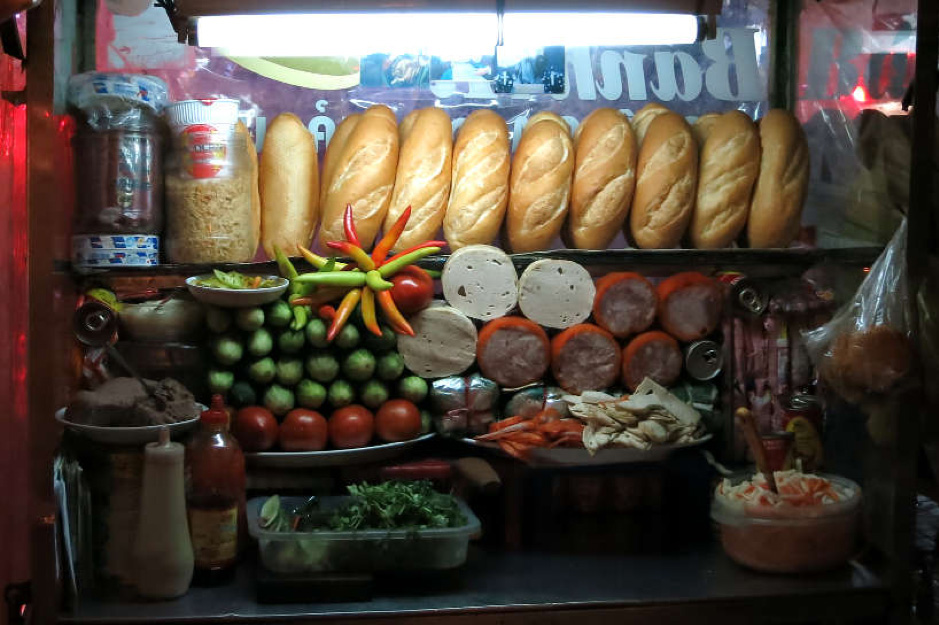 Filling with various types of ingredients from Vietnam and France, this is a tempting and delicious fusion dish to both Vietnamese and French, which other types of fusion cuisine cannot deliver.

The baguette was initially introduced to Vietnam in the mid-19thcentury when Vietnam was a part of French Indochina, then became staple food by the early of 20thcentury. During the 1950s, a distinctly Vietnamese style of baguette, developed in Saigon, becoming renown street food. Banh Mi was brought and introduced to many countries across the world by Vietnamese people living overseas. In Vietnam, locals usually have Banh Mi for breakfast or as a snack.

There are numerous types of Banh Mi in Vietnam too, they can be filled with: 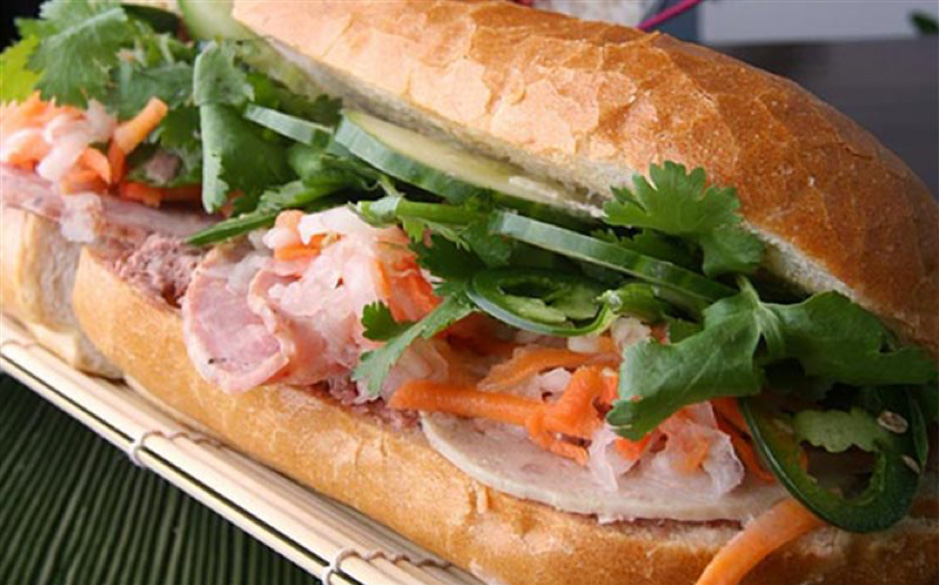 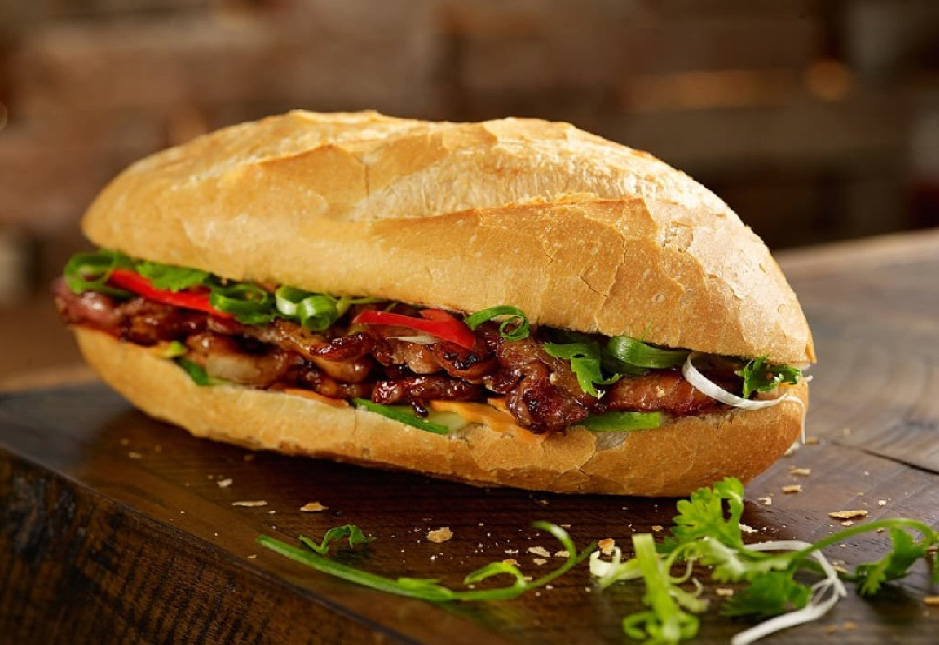 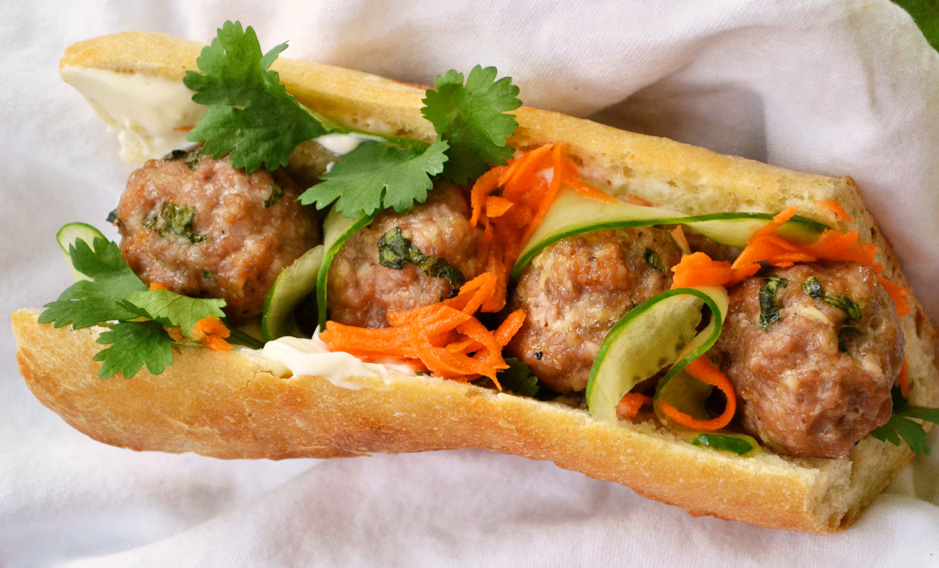 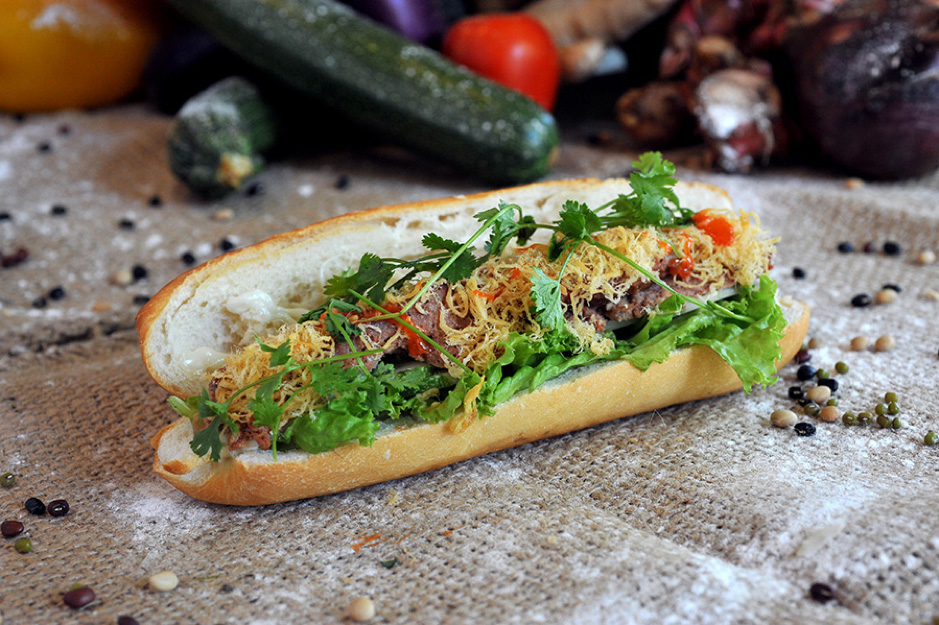 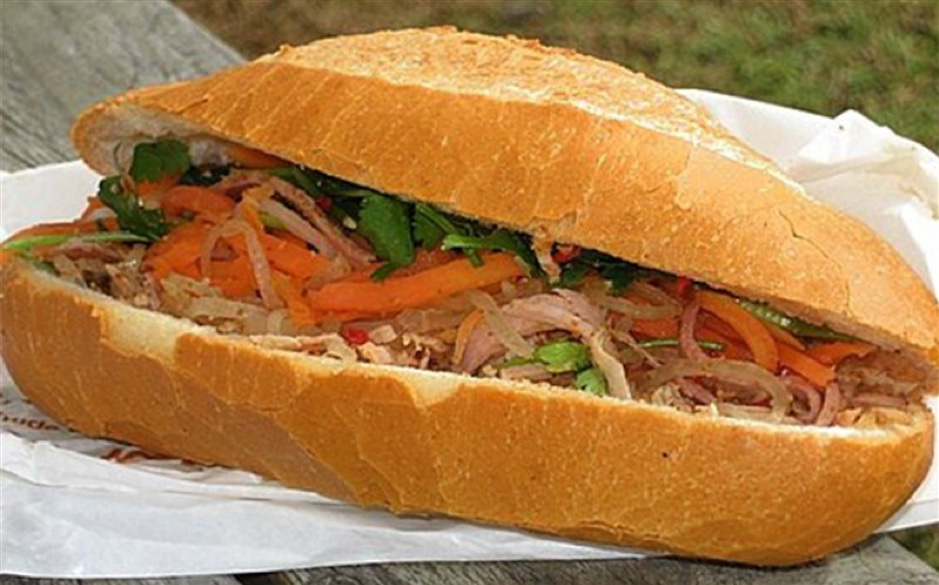 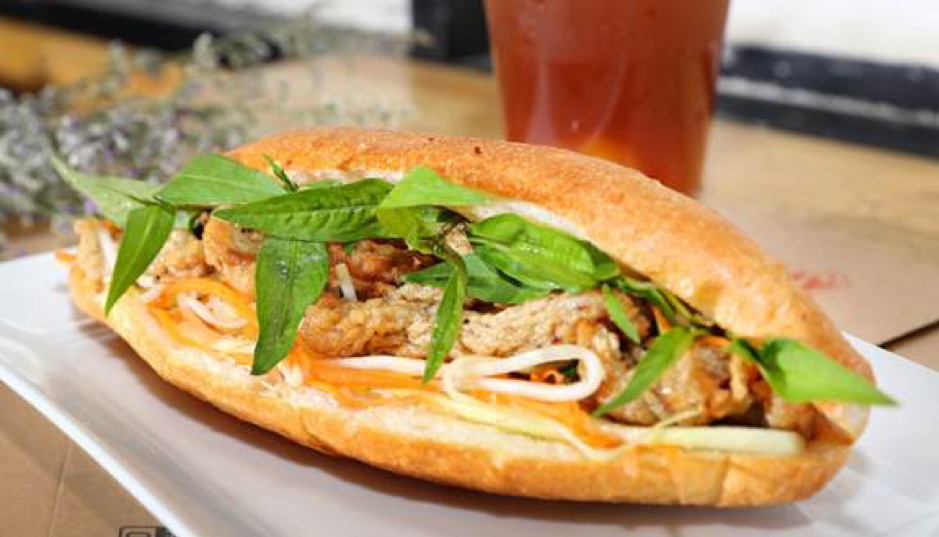 Since it is a lovely dish that every single tourist coming to Vietnam should give it a go. You can easy to find places that sell authentic Vietnamese Banh Mi on Google, or just quickly have a look at the Foody Tours offered by the locals.